Fifty years ago, things were changing fast at home and abroad, in the mundane and the significant. 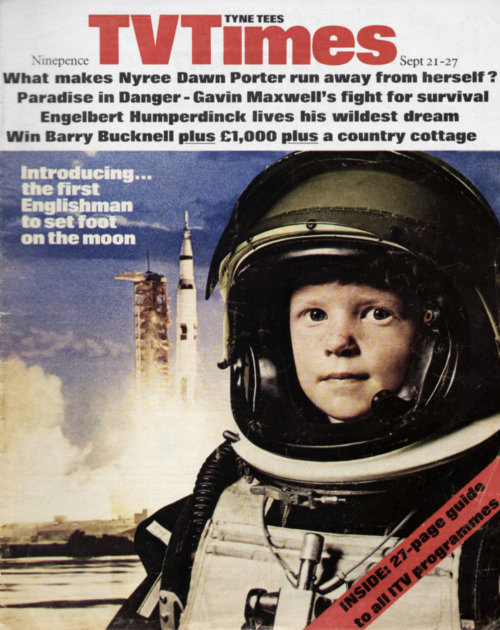 For example, in May there had been an ITV franchise shake up, and we were introduced to Thames TV and London Weekend TV mongst others. The many different TV listings magazines that the various ITV companies around the country published or co-published were finally conflated into one- TV TIMES was born this month, published by the newly formed Independent televison Publications on Tuesday 17th September 1968. As the era was in the midst of Apollo fever, that's what they went with on the first cover. Apollo 7, the first three man space flight, would be launched in October, and Apollo 8 would orbit the moon in December.

Other magazines published this month included Fabulous 208, the mag for Radio Luxembourg fans with a rather pensive Steve Marriott, former child actor who'd made it big with the Small Faces in 1966.

BEAT Instrumental was a more technical publication that focused more on the music than pin ups and 'what's your favourite colour?' but they still managed to come up with some cool photos of our fave raves, usually at work in the recording studio. The Beatles were halfway through recording their mammoth double LP set that would be released at the end of November, and had just released perhaps one of their biggest and most popular hits, the 7 minute 11 second 'Hey Jude', the first single on The Beatles own Apple label. All this just five short years after they released their biggest ever hit She Loves You.

Marvel Comics in the US had recently been able to increase their monthly output and expanded their line of comics. The three shared titles were split into six individual comics, and one of them, Nick Fury, Agent of SHIELD, was on an especially exciting run being drawn by Jim Steranko, one of the most idiosyncratic illustrators of the era. Here's the September issue (actually published in July) with one of the most eye-catching and well remembered covers ever.